Mutant X One Shot Comic - It's the story of Adam, a geneticist who breaks from Genomex, a secret government project that secretly tinkered with the DNA of over 1000 women in the 1970's an '80's," explained series writer David Tischman. "The purpose was to help rid the human race of disease and genetic defects, but the unexpected result has been the appearance of unique, mutant powers in the women's offspring. When it becomes clear that the government - in the form of the Genetic Security Agency (the G.S.A.) and its head, Mason Eckhart want to use the mutants, Adam erases the database of the offspring and goes on the run, dedicated to finding these special kids and helping them escape the government's power. Adam's formed an underground of powered and non-powered individuals to help the Mutants he finds and place them with families across the country, away from the government's grip. Aiding Adam in his fight are four new mutants: Shalimar Fox, a sexy feral woman, Brennan Mulwray, a young man with the power to discharge electricity, Emma Delauro, a woman with empathic powers, which enable her to read and influence the thoughts and emotions of others, and Jesse Kilmartin, who can phase his body from intangible to steel-like density with a thought. 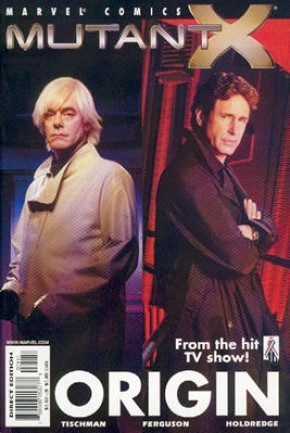