MU Comics - The continent of Mu is home to great warriors, powerful wizards, mysterious elves and gruesome monsters, all living in precarious balance. But when a long forgotten evil returns, the world is plunged into chaos. As bloodstained armies march through the land and nations burn, it falls to a most unlikely hero to save the world: a librarian. Based on Webzens popular role-playing game, Mu is epic fantasy in the tradition of Tolkien, Jordan and Martin. THIS ISSUE: Long ago the dark god Secneum came to Mu, destroying all who stood in his path. Only the daring of two heroic wizards stopped him; together they defeated his armies and saved the world. Now, a thousand years later, a scholar has discovered that the shadow lords prison is weakening; Secneum is coming back. But can a simple librarian convince the feuding nations of Mu to band together? Or is it already too late? 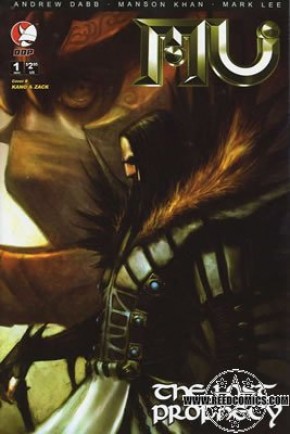